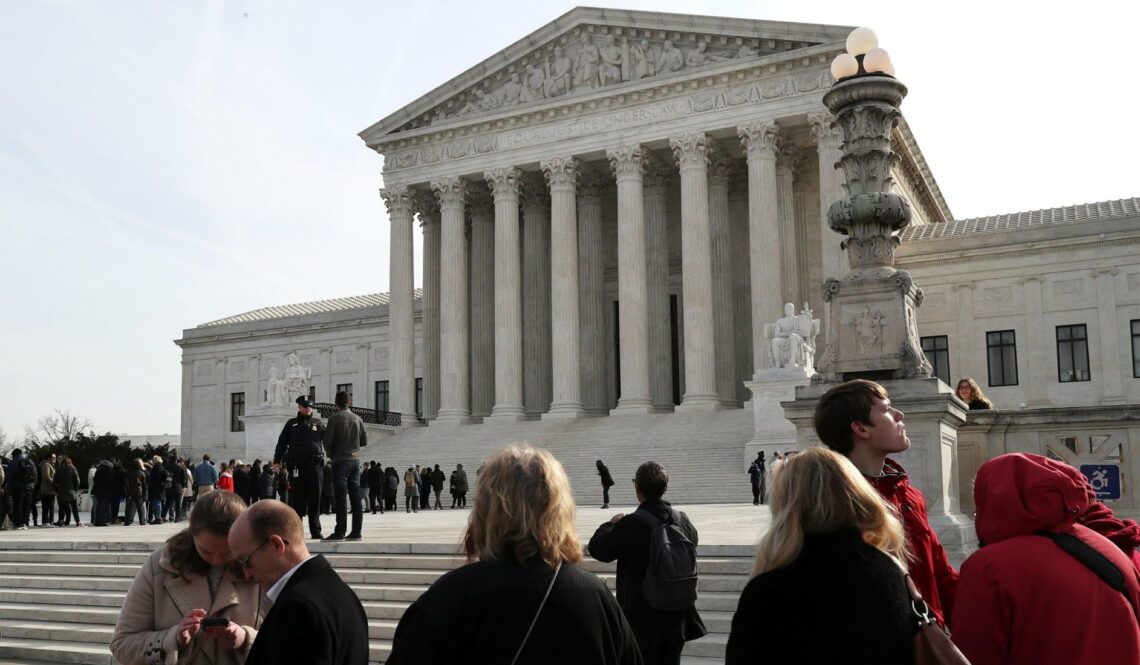 The Trump administration has petitioned the Supreme Court to strike down California’s “sanctuary law,” which hinders cooperation between local law enforcement and federal immigration authorities.

The administration is challenging several provisions in the California Values Act, or S.B. 54. The law prohibits officials from sharing information with ICE about a suspect’s release from custody, eliminating any opportunity for ICE agents to take illegal immigrants into custody before they are released from local jails. It also prohibits local law-enforcement officers from sharing physical descriptions of suspects with immigration authorities.

“The practical consequences of California’s obstruction are not theoretical; as a result of SB 54, criminal aliens have evaded the detention and removal that Congress prescribed, and have instead returned to the civilian population, where they are disproportionately likely to commit additional crimes,” the Trump administration argued in its petition, which was filed Monday.

While the provisions of S.B. 54 do not technically apply to suspects with a violent criminal history, since the law effectively prevents local law enforcement from cooperating with ICE, immigration officials must stake out jails and police stations to await the release of non-citizen suspects from custody, and only then make arrests.

Last week at a hearing of the Senate Judiciary Committee, ICE official Timothy Robbins claimed that the Los Angeles police department was releasing as many as 100 illegal immigrants per day from custody.