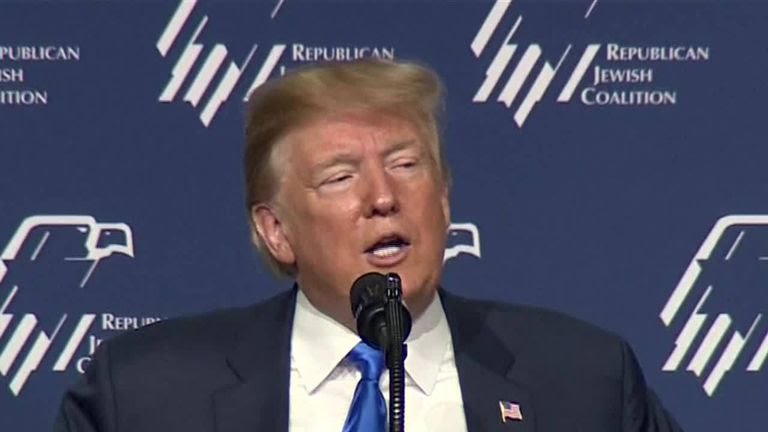 The American Jewish Committee has criticised the US president over the remark, adding that his words could “feed bigotry”.

Mr Netanyahu is the current leader of Israel, but Jews born or living in other countries do not regard him as their prime minister.

Mr Trump was speaking to the Republican Jewish Coalition in Las Vegas on Saturday when he said: “I stood with your prime minister at the White House to recognise Israel’s sovereignty over the Golan Heights.”

The Golan is a plateau in southwest Syria which was captured by Israel in 1967 and annexed in 1981.

The American Jewish Committee wrote on Twitter on Sunday: “Mr President, the prime minister of Israel is the leader of his (or her) country, not ours.

“Statements to the contrary, from staunch friends or harsh critics, feed bigotry.”

Israel is holding a general election in the coming days, with Mr Netanyahu vowing to “impose sovereignty” on the occupied West Bank if he is returned to office.

The incumbent faces a tight race against former military chief Benny Gantz, although his Likud party has a better chance of forming a ruling coalition, according to polls.