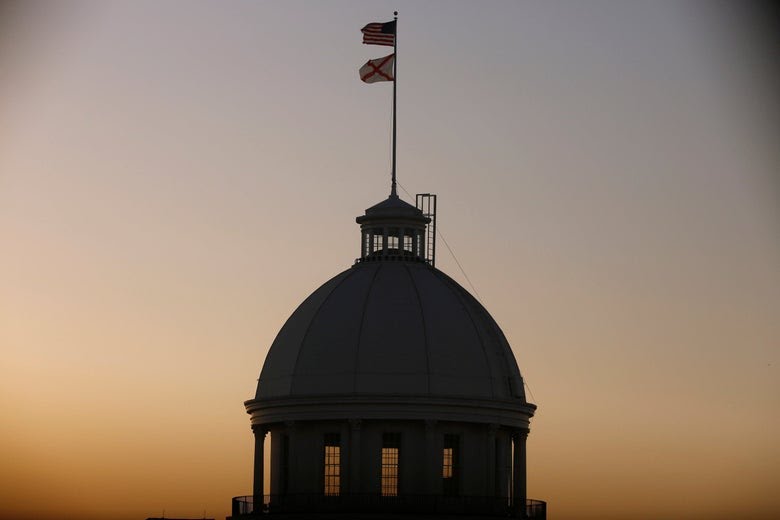 Alabama seemed to be on the verge of correcting its decades-old sex ed law that requires schools to emphasize “that homosexuality is not a lifestyle acceptable to the general public and that homosexual conduct is a criminal offense under the laws of the state.” A bill to remove the dated, homophobic language had already passed the state Senate, but the House apparently was more concerned with its abortion ban and a change to marriage licenses—and ran out of time to bring the bill to a vote.
Even though a Republican in the state Senate sponsored the measure and it passed 26–1, the state House never even took it up for a vote. House leadership said the death of the bill Friday, on the last day of this year’s session, wasn’t intentional and attributed it to the Senate’s early departure. But the House had nearly seven weeks to put the bill on the floor.

In the meantime, the Legislature battled over a near-total abortion ban that even the new law’s sponsors admit will not go into effect unless the Supreme Court overturns long-standing precedent. It also passed a bill that would do away with marriage licenses, ostensibly to give probate judges who refuse to perform same-sex marriages a legal shield. Lawmakers said they just wanted to get the state out of the marriage business, but nearly identical bills have been introduced in the Legislature since the 2015 Obergefell v. Hodges Supreme Court decision that legalized same-sex marriage. Alabama Gov. Kay Ivey signed that bill on Friday, making Alabama the first state to abolish marriage licenses. Other GOP-led states have considered similar laws.