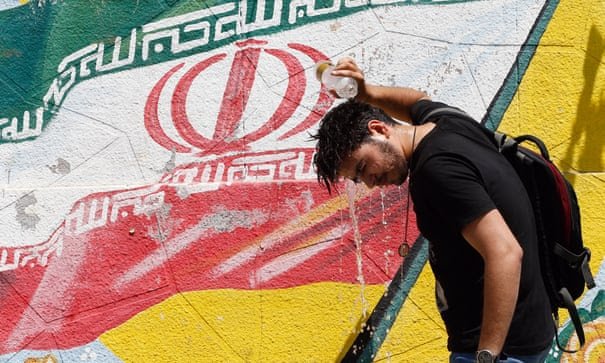 Donald Trump has said that if Iran does not acquire a nuclear weapon, it will be prosperous and have the US president as “a best friend” – but also warned that the Islamic Republic would be “obliterated” in any war between the two countries.

Will he? Won’t he? How Trump’s impulses are driving his Iran policy

Trump’s remarks on Saturday morning came in the wake of his eleventh-hour decision to call off airstrikes in reprisal for the downing of a US surveillance drone. They are significant in that they differ starkly from the official line of his own administration: that Iran must fulfil a list of 12 US demands before sanctions can be lifted.

Iran has insisted it has no intention of acquiring nuclear weapons and the International Atomic Energy Agency has said there is no recent evidence of development or experimentation with weaponisation. Iran has so far stuck to the limits on its nuclear programme agreed in a multilateral 2015 agreement.

But more than a year after Trump pulled the US out of the deal and imposed severe sanctions, the government in Tehran is threatening to break some of those agreed limits.