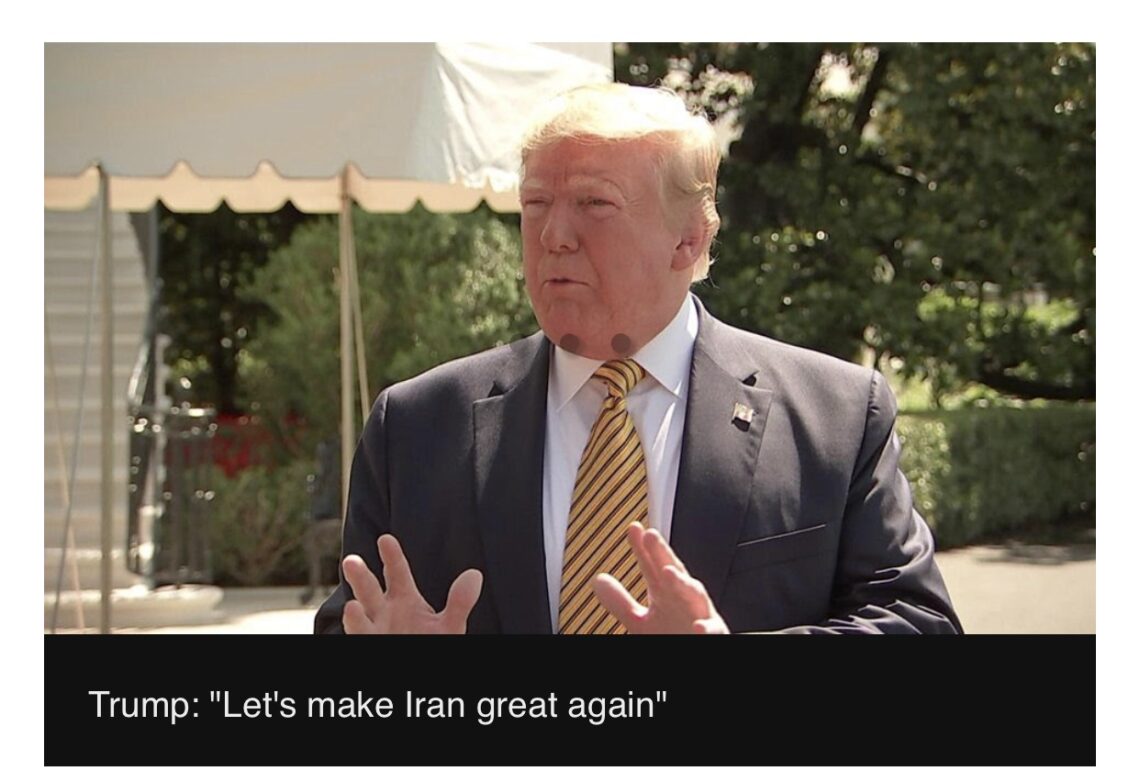 The US will impose “major” additional sanctions on Iran in a bid to prevent the country obtaining nuclear weapons, President Donald Trump says.

He said economic pressure would be maintained unless the leadership in Tehran changed course.

“We’re putting additional sanctions on,” he told reporters. “In [some] cases we are moving rapidly.”

It comes after Iran announced it would exceed internationally agreed limits on its nuclear programme.

The limit on its stockpile of enriched uranium was set under a 2015 nuclear deal with world powers. In return, relevant sanctions were lifted, allowing Iran to resume oil exports – the government’s main source of revenue.

But the US pulled out of the deal last year and reinstated sanctions. This triggered an economic meltdown in Iran, pushing the value of its currency to record lows and driving away foreign investors.

Iran nuclear crisis in 300 words
US-Iran relations: A brief history
How US sanctions have hit Iran
Iran has responded by scaling back its commitments under the nuclear deal.

“If Iran wants to become a prosperous nation… it’s OK with me,” Mr Trump said. “But they’re never going to do it if they think in five or six years they’re going to have nuclear weapons.”