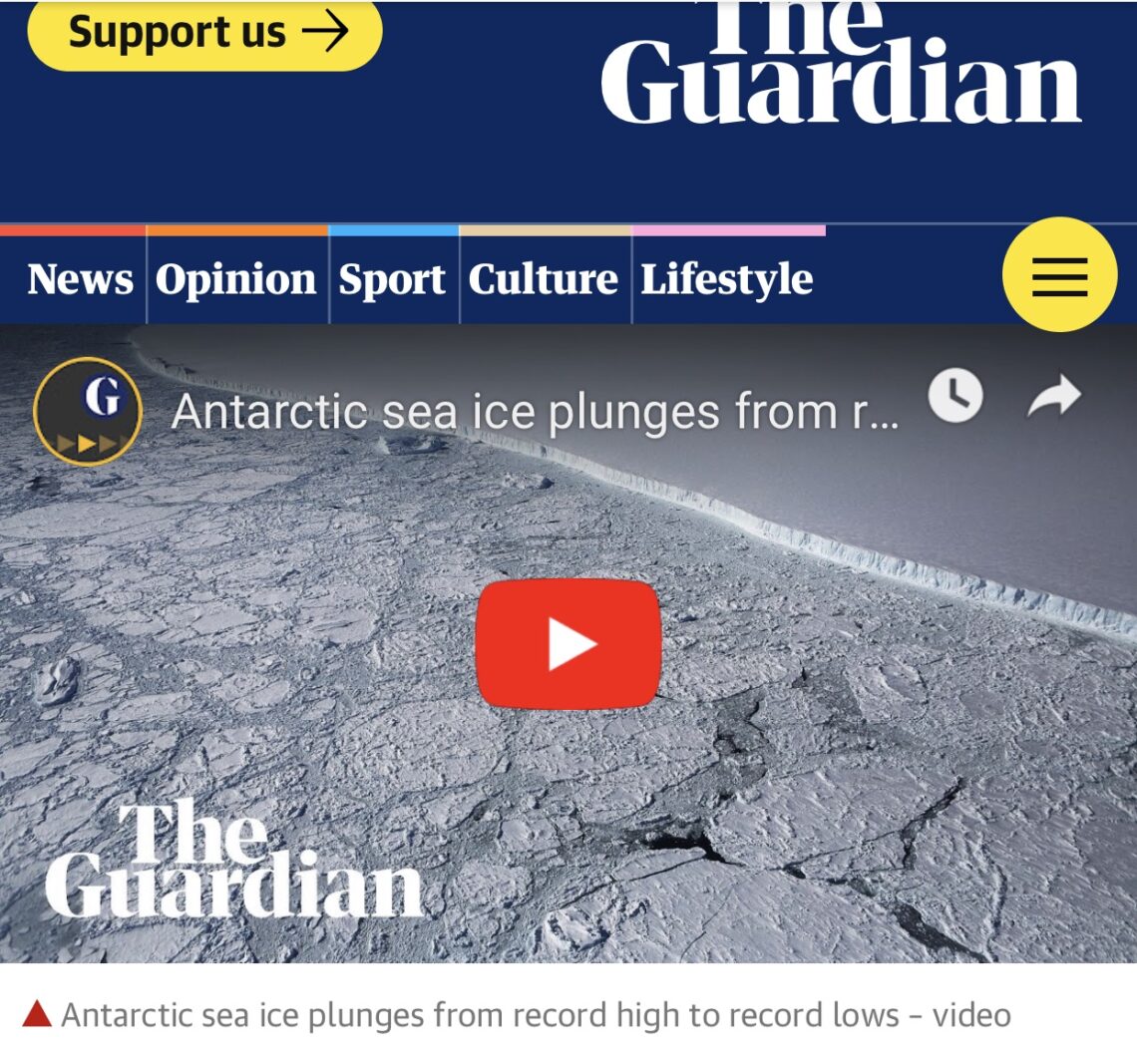 The vast expanse of sea ice around Antarctica has suffered a “precipitous” fall since 2014, satellite data shows, and fell at a faster rate than seen in the Arctic.

The plunge in the average annual extent means Antarctica lost as much sea ice in four years as the Arctic lost in 34 years. The cause of the sharp Antarctic losses is as yet unknown and only time will tell whether the ice recovers or continues to decline.

But researchers said it showed ice could disappear much more rapidly than previously thought. Unlike the melting of ice sheets on land, sea ice melting does not raise sea level. But losing bright white sea ice means the sun’s heat is instead absorbed by dark ocean waters, leading to a vicious circle of heating.

Sea ice spreads over enormous areas and has major impacts on the global climate system, with losses in the Arctic strongly linked to extreme weather at lower latitudes, such as heatwaves in Europe.

The loss of sea ice in the Arctic clearly tracks the rise in global air temperatures resulting from human-caused global heating, but the two poles are very different. The Arctic is an ocean surrounded by continents and is exposed to warming air, while Antarctica is a freezing continent surrounded by oceans and is protected from warming air by a circle of strong winds.