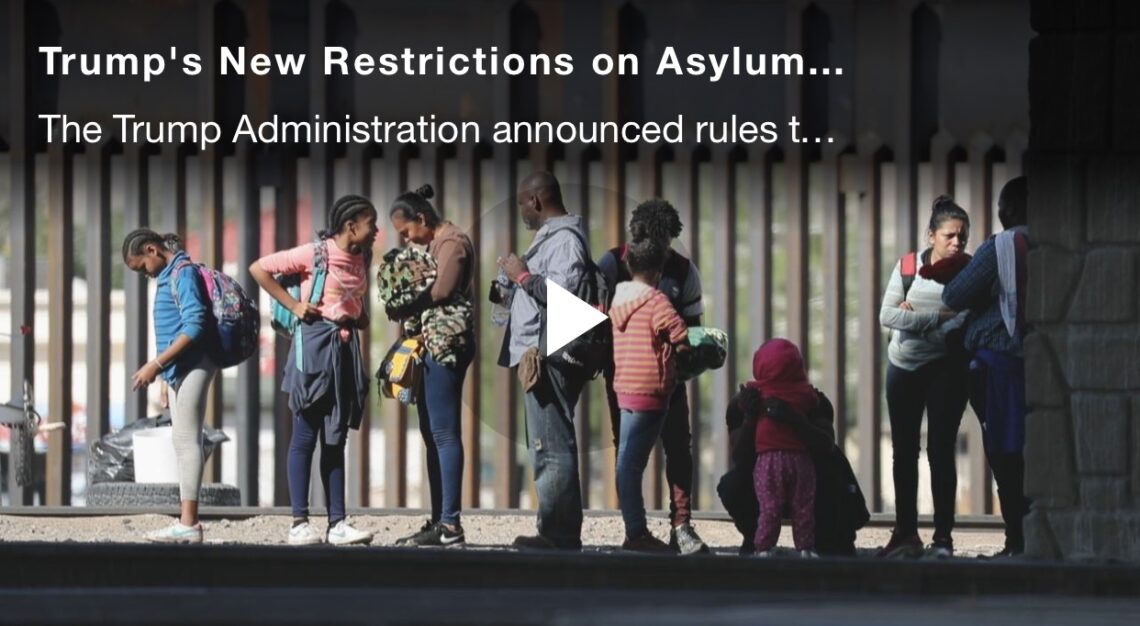 The Trump Administration announced rules that migrants coming from Central Americawho have passed through other countries en route to the U.S. border will no longer be able to make a claim for asylum beginning today. Immigration attorneys and experts say the rule is a violation of domestic and international asylum laws.

On Monday, the Trump Administrationannounced the change to asylum rules making it so that migrants had to have made an asylum claim at a previous country while en route to the U.S. before arriving to the southern border — anyone who hasn’t becomes ineligible for asylum in the U.S.

In response, groups working with migrants have been highly critical. Legal experts say the new rule violates both domestic and international law. The ACLU has said that it is planning to sue the administration and that it will seek an immediate injunction.

“We have been expecting something along these lines for some time now,” Lee Gelernt, deputy director of the Immigrants’ Rights Project at the ACLU, tells TIME. “We believe that the rule is an end run around the asylum laws Congress has passed and should be invalidated as inconsistent with the immigration statute.”

In a public statement, Attorney General William Barr called the rule a lawful exercise of authority provided by Congress.

“The United States is a generous country but is being completely overwhelmed by the burdens associated with apprehending and processing hundreds of thousands of aliens along the southern border,” Barr said in a statement. “This Rule will decrease forum shopping by economic migrants and those who seek to exploit our asylum system to obtain entry to the United States—while ensuring that no one is removed from the United States who is more likely than not to be tortured or persecuted on account of a protected ground.”