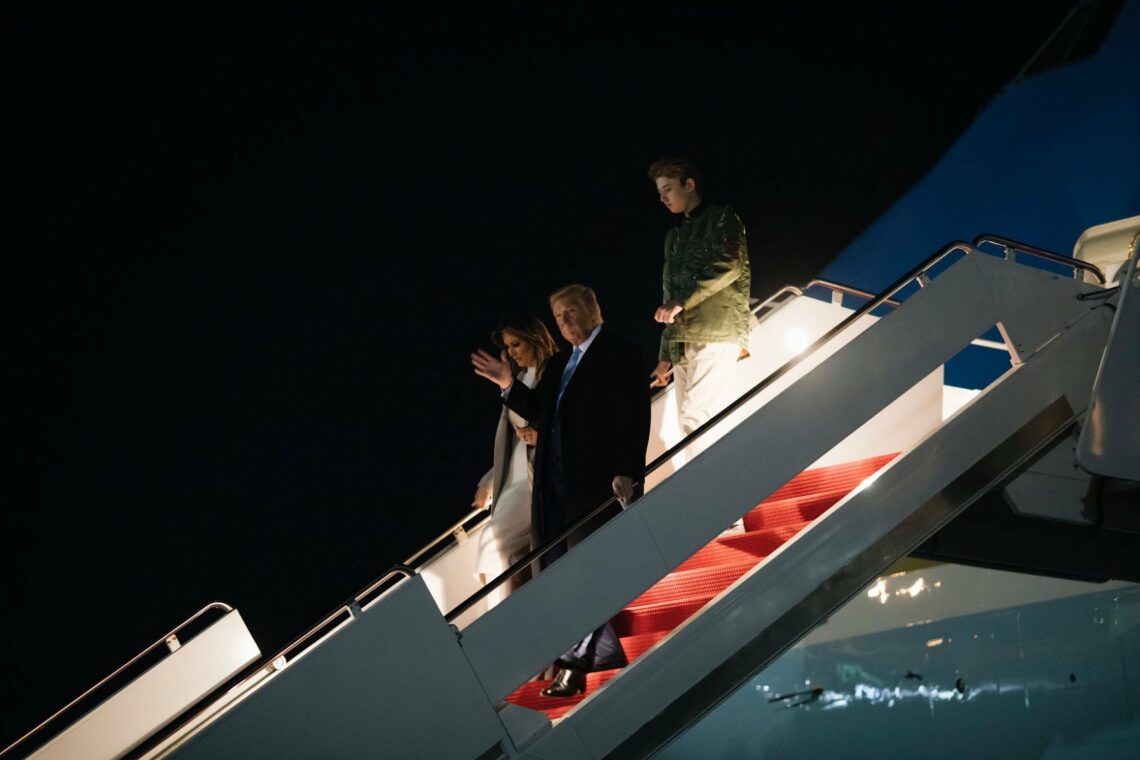 The president threatened Iran over potential retaliation for the death of a top general, and Iraq over the potential expulsion of United States troops.

WASHINGTON — President Trump on Sunday evening doubled down on his claim that he would target Iranian cultural sites if Iran retaliated for the targeted killing of one of its top generals, and threatened “very big sanctions” on Iraq if American troops are forced to leave the country.

Aboard Air Force One on his way back from his holiday trip to Florida, Mr. Trump reiterated to reporters the spirit of a Twitter post on Saturday, when he said the United States government had identified 52 sites for retaliation against Iran if there were a response to Maj. Gen. Qassim Suleimani’s death. Some, he tweeted, were of “cultural” significance.

Such a move could be considered a war crime under international laws, but Mr. Trump said Sunday that he was undeterred.

Mr. Trump’s tweets and said that whatever was done in any military engagement with Iran would be within the bounds of the law.

Mr. Trump also sounded fatalistic about the possibility of an Iranian escalation.

“If it happens, it happens,” he said. “If they do anything, there will be major retaliation”

As the president spoke, six advisers crowded to the side of Mr. Trump’s desk in the cabin, near the doorway: Robert O’Brien, his national security adviser; Jared Kushner, his son-in-law and senior adviser; Ivanka Trump, his daughter and senior adviser; Mick Mulvaney, the acting White House chief of staff; Hogan Gidley, a deputy press secretary; and Dan Scavino, the White House social media director. The president had a football game on the television affixed to the wall.

Mr. Trump also vowed to impose sanctions on Iraq if a move to evict American military personnel from the country takes place, a possibility heightened by the Iraqi Parliament’s passage Sunday of a measure to expel foreign troops in response to the killing of General Suleimani. That strike took place in Iraq, in a move that officials saw as violating the country’s sovereignty.