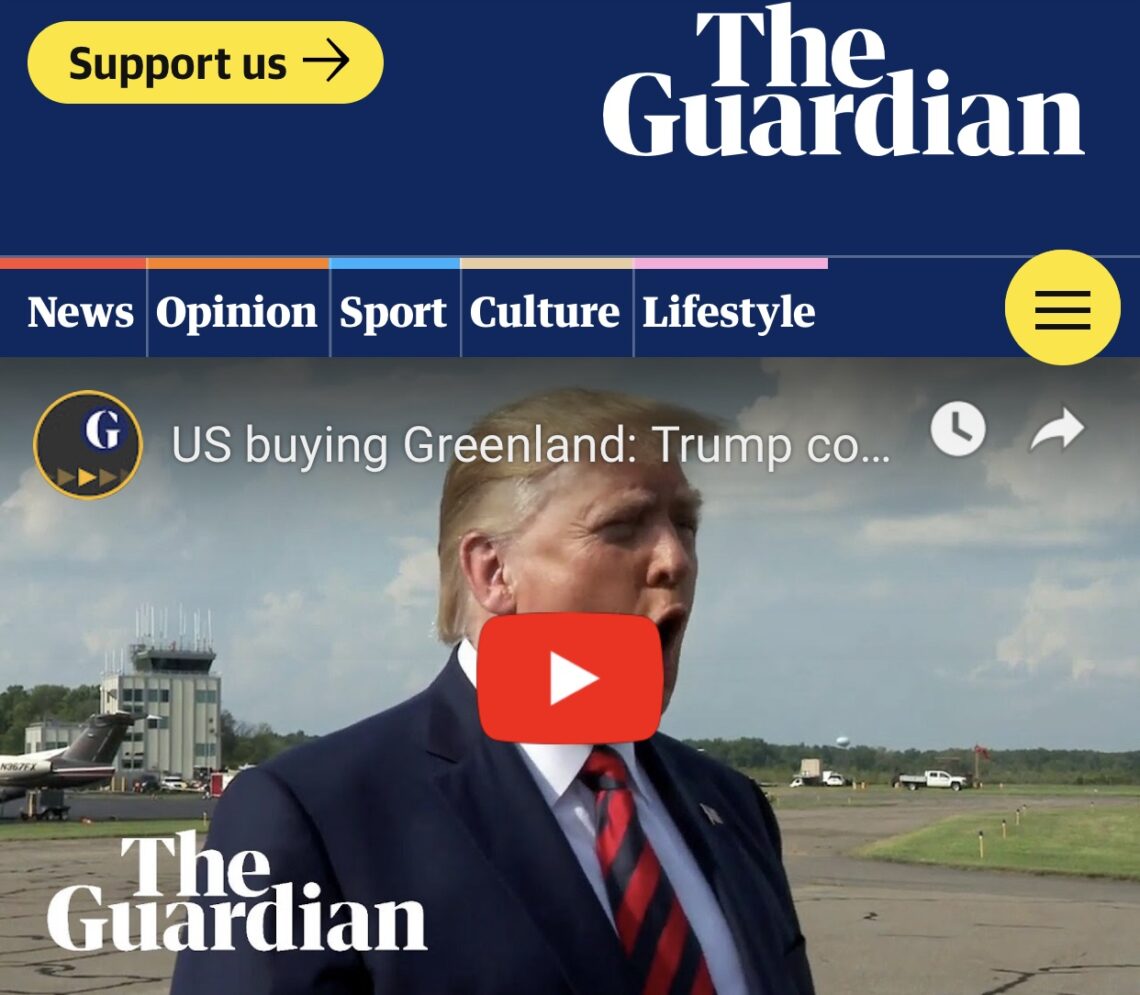 Donald Trump has confirmed he is considering an attempt to buy Greenland for strategic reasons, though he said the idea is “not No1 on the burner”.

‘Friends, you’re going to love Greenland. I was there on 9/11’ | Lawrence Douglas and Nancy Pick

The US president’s interest, reported earlier this week, was greeted internationally with widespread hilarity but with indignation in Greenland and Denmark.

The government of the semi-autonomous Danish territory insisted it was not for sale. The Danish prime minister called any discussion of a sale “absurd”.

Nonetheless, on Sunday White House economic adviser Larry Kudlow first confirmed the story in an interview, before Trump spoke to reporters as he left New Jersey to return from vacation to Washington.

Saying the “concept came up” and he was “looking at it”, the man who runs a notoriously leaky White House also questioned how the idea found its way to the press.

Trump sought to tie the idea of a US purchase of the world’s largest island – not including the continent of Australia – to his own area of professional expertise, saying it would be “essentially a large real estate deal”.

“Denmark essentially owns it,” he said. “We’re very good allies with Denmark, we protect Denmark like we protect large portions of the world. So the concept came up and I said, ‘Certainly I’d be.’ Strategically it’s interesting and we’d be interested but we’ll talk to them a little bit. It’s not No1 on the burner, I can tell you that.”

Denmark is a member of Nato, a mutual defence organisation frequently criticised by the US president. Trump believes member nations do not pay enough for the privilege of membership alongside the powerful US military.